The human mind is capable of extraordinary abilities – most of which will go unnoticed (the result of taking ourselves for granted rather than seeking to understand the very nature of what makes us who we are). Even still, one aspect to be discussed is the ability to remember, or… to “try to remember.” Whether you’re good at remembering or not isn’t the focus. Instead, the important thing to know is that our memories have a way of shaping our worldviews and perception of self. When this sensitive and significant aspect of “us” is changed or altered in any kind of way, then like a trickle effect, our worldview and perception of self can potentially be effected as well. 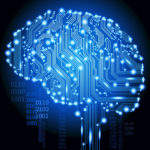 That brings us to “The Mandela Effect” – a phrase credited to author, researcher and paranormal consultant, Fiona Broome. The story goes that Broome and a few associates were having a discussion on the death of South Africa’s President, Nelson Mandela – except, Mandela was still alive and did not die in prison during the 1980’s like Broome and many others believed. Thus, the “Mandela Effect” was created; putting all memories into question.

Understood to be a phenomenon in which a large group of people have a “false memory” of a particular thing and/or event, the Mandela Effect has now generated a fair amount of attention. There are numerous examples of these so called false memories that can be found on this website by taking one of our tests. The question still at large is…

What is the cause?

Filling in the Gaps

Desperate for an answer, there are some who have suggested that the Mandela Effect is nothing more than a case of confabulation – “The misrepresentation of memory wherein holes in recollection are filled in by manufactured tellings that the person believes to be the truth.”

While it’s possible that this can be an explanation for a few, to suggest that confabulation is the case for all experiencing the Mandela Effect is a bit of a stretch. Especially knowing that the vast majority of those who confabulate are suffering from a mental illness, such as amnesia. Granted, the average person doesn’t have the greatest memory, but amnesia like symptoms for all… let’s hope not.

What holds the universe together? How did it begin? If you haven’t heard of CERN (European Organization for Nuclear Research) you should look them up. Located in Geneva Switzerland, it is here that physicists are conducting experiments in an attempt to answer these very questions. However, it is their approach in doing so that leads to another eerie Mandela Effect theory.

The team at CERN have created the world’s largest and most powerful particle accelerator called the Large Hadron Collider (LHC). Using the LHC, scientists collide sub-atomic particles together near the speed of light to observe how the particles interact after such a collision – collisions that can open portals to other dimensions? That is the theory anyway – not from conspiracy theorists alone, but from CERN physicists leading the experiment.

Mir Faizal, one of the physicists behind the experiment, said: “Just as many parallel sheets of paper, which are two dimensional objects (breadth and length) can exist in a third dimension (height), parallel universes can also exist in higher dimensions.”

We predict that gravity can leak into extra dimensions, and if it does, then miniature black holes can be produced at the LHC.

If this is true, is it possible that CERN has been affecting the reality that many of us know by opening portals to parallel universes? It’s a theory at least.

With parallel universes now at the forefront, it would be difficult to overlook the quantum theory and quantum computing. The quantum theory suggests that matter and energy behave as particles and waves composed of subatomic units called quanta, or photons. Unlike traditional computers, quantum computers put this theory into practice by replacing stored information of binary digits, or bits (0s or 1s) with quantum bits, otherwise known as – qubits. When utilized correctly, each qubit being used can take a superposition of both 0 and 1 – drastically increasing the number of calculations in a single step.

What does this mean and how does it relate to the Mandela Effect? Leading scientists and physicists of the quantum field put it this way: 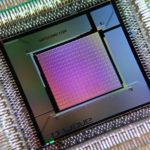 While both statements provide a lot of insight to the potential of quantum computing, it was Dr. Geordie Rose (Co-Founder and CTO of D-Wave Systems) who shared the most thought-provoking comments during a speech at an ideacity conference:

What if everything that we know, and think we know, isn’t as we imagined it to be? That’s not too farfetched seeing how we know very little when considering the entirety of all things. As physicists continue in their quest of deconstructing and putting the pieces together, it appears more and more likely that we are part of a quantum computer simulation – a hologram.

It was physicist James Gates Jr. who supposedly discovered the presence of a computer-like code embedded within the equations of supersymmetry that describe fundamental particles (the make-up of nature). Such a discovery and similar theorizing have encouraged many to believe that we are encapsulated within what would resemble a “holodeck” (a device from the Star Trek series that enables holographic projections and the creation of matter through the manipulation of photons).

Maybe “The Matrix” films weren’t that far off after all… supposing that such a claim is true, then it could be said that the Mandela Effect is simply a glitch within the simulation that directly effects the history of the current reality we are experiencing.

That leaves the question – why the difference in memories? Obviously, each of us is going to have a unique remembrance despite these anomalies, but if we were to construct a calculated speculation based on the preceding theories, what if…

The LHC experiments at CERN and the advancements of D-Wave quantum computing are together (coincidently) creating black holes and/or portals to parallel universes that have made an effect, or “a glitch,” that has changed specific lines of code within our simulated reality resulting in an altered or misremembered history.

First, you can now proceed to make yourself a tinfoil hat. Secondly, if that wasn’t enough… using the same concept, the idea of “Sliding” between parallel universes (inspired by the 1990’s TV series “Sliders”) as a result of these glitches is another popular theory amongst Mandel Effect enthusiasts. Watch Sliders TV Pilot

We can wonder, speculate, and theorize all day, but to simplify the mystery of the Mandela Effect, imagine it as this – a game, and we’re all playing.

This idea does not erase our importance, our purpose, or make any of our experiences any less real. It may even help creating a proper, more accurate perspective. This life, this experience, is a phase – and the goal is to understand the tasks at hand to level up. Information is both the lock and the key – you are the storehouse and the controller.

Take A Test
@testmandelaeffect
Have You Been Effected?
Top 5 Tests
FOLLOW TESTMANDELAEFFECT.COM
© Test Mandela Effect | All Rights Reserved
Share via
Scroll Up
Send this to a friend